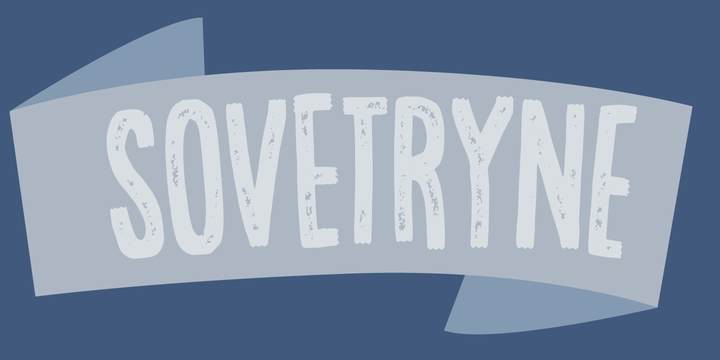 What is the Sovetryne font?

Ahhh, who doesn’t want to sleep late? That’s excactly what a “sovetryne” wants … even though he/she often sleeps way to much!
But that’s not the case with this font. It’s legible, even though it’s slightly worn. Change between upper- and lowercase letters to variate the typing – and turn on ligatures, in order to use the substitution of double letters such as aa, bb, cc and many more!

Here is a preview of how Sovetryne will look. For more previews using your own text as an example, click here.

No. This is a premium font that you can download from MyFonts.com Please don't waste your time looking for a free download of Sovetryne as you just won't find it.

Do the right thing. If you want Sovetryne then click here to visit the download and purchase page on MyFonts to get it with the proper license. The designer and publisher deserves to be paid for their hard work. :)