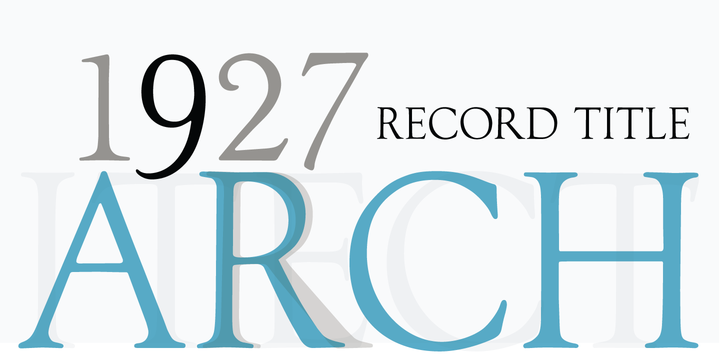 What is the LTC Record Title™ font?

Record Title was designed by Frederic Goudy in 1927 as a proprietary commission for the Architectural Record magazine.
Based on classic Roman letter proportions, Goudy considered this one of his most successful commissions ever.
It is an all caps titling face originally digitized by Jim Rimmer for Lanston in 2001. It was remastered in early 2007.

Here is a preview of how LTC Record Title™ will look. For more previews using your own text as an example, click here.

No. This is a premium font that you can download from MyFonts.com Please don't waste your time looking for a free download of LTC Record Title™ as you just won't find it.

Do the right thing. If you want LTC Record Title™ then click here to visit the download and purchase page on MyFonts to get it with the proper license. The designer and publisher deserves to be paid for their hard work. :)