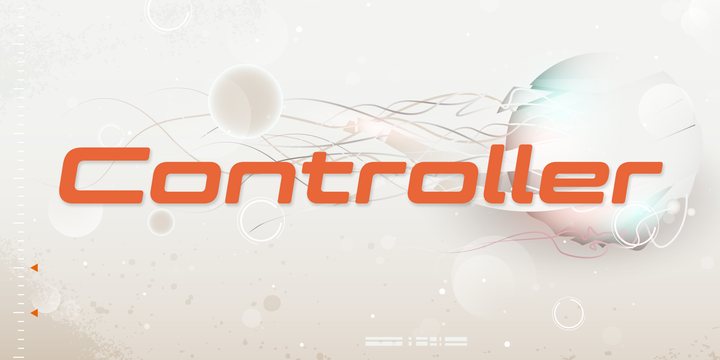 What is the Controller font?

Controller is a geometric rounded sans serif including 5 weights and corresponding obliques and their extended style are ready.
Originally, the designer was inspired by a mixture of techno and organic design in the end of 20th century around the West Coast. The letterforms of this font are designed geometric but are also slightly rounded to make a natural, warm and organic impression. Uppercase N has its alternative glyph that can be accessed by using OpenType stylistic feature.
Controller is a versatile and useful family for a wide range of projects.

Here is a preview of how Controller will look. For more previews using your own text as an example, click here.

No. This is a premium font that you can download from MyFonts.com Please don't waste your time looking for a free download of Controller as you just won't find it.

Do the right thing. If you want Controller then click here to visit the download and purchase page on MyFonts to get it with the proper license. The designer and publisher deserves to be paid for their hard work. :)