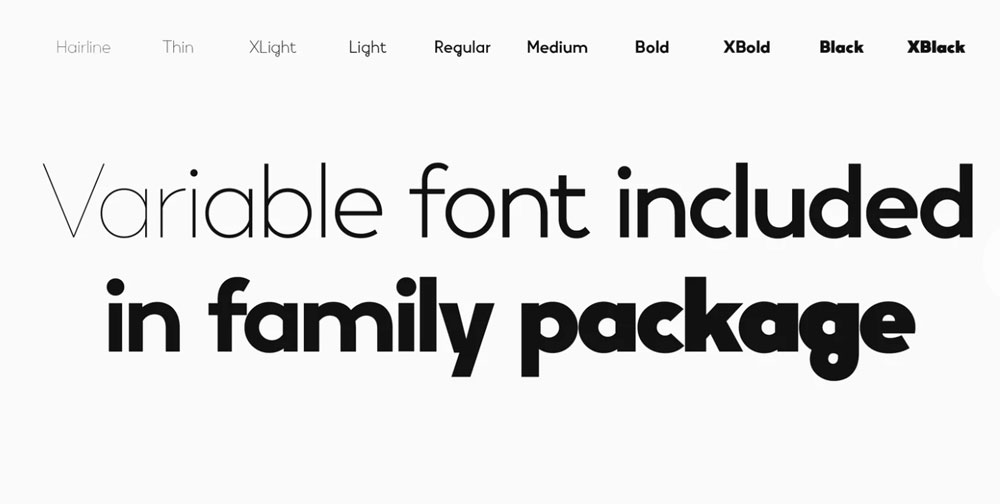 What is Vary Font

Vary was designed by Olli Meier and published by Monotype. Vary contains 11 styles and family package options. The font is currently #25 in Hot New Fonts.

Vary is fun and adaptable and was built with three feelings (variations): classic, modern, and loopy, offering an opportunity for designers to be playful in their creations.

The inspiration in Bulgarian Cyrillic is seen mostly in the character “g,” which was inspired by a very uncommon handwritten “в” spotted by the designer in a shop window in Sofia, Bulgaria. When he flipped this design in 180°, the Latin character ‘g’ was born for Vary.

Another example is the “R” in the modern stylistic set, which was inspired by the handwritten Cyrillic character “Я”.

Vary is available as a variable font and also comes with 10 preset instances from Hairline to ExtraBlack.

No. This is a premium font that you can download from MyFonts.com Please don't waste your time looking for a free download of Vary as you just won't find it.

Do the right thing. If you want Vary then click here to visit the download and purchase page on MyFonts to get it with the proper license. The designer and publisher deserves to be paid for their hard work. :)