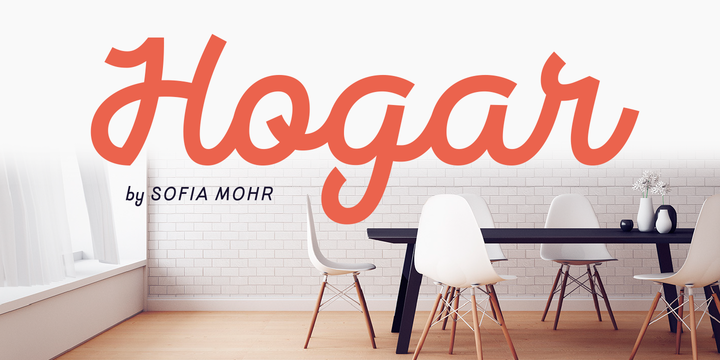 What is the Hogar font?

This font is the result of merging my architecture background and my love for typography, which inspired me to create a system of fonts based on interior architecture design, furniture design and, especially, the love I feel for my home.

The system comes with a monolinear style in sans and script versions, each including 5 weights, that share similar proportions, weight interpolation and details. Hogar is basically a sans with script gestures and a script with sans shapes. More…

In order to make the system more complete, I included an italic version, also in 5 weights, which represents a transition between both main styles. Additionally, I developed a set of monolinear dingbats including some furniture designs by well-known architects..

Here is a preview of how Hogar will look. For more previews using your own text as an example, click here. 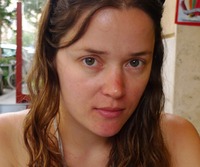 No. This is a premium font that you can download from MyFonts.com Please don't waste your time looking for a free download of Hogar as you just won't find it.

Do the right thing. If you want Hogar then click here to visit the download and purchase page on MyFonts to get it with the proper license. The designer and publisher deserves to be paid for their hard work. :)