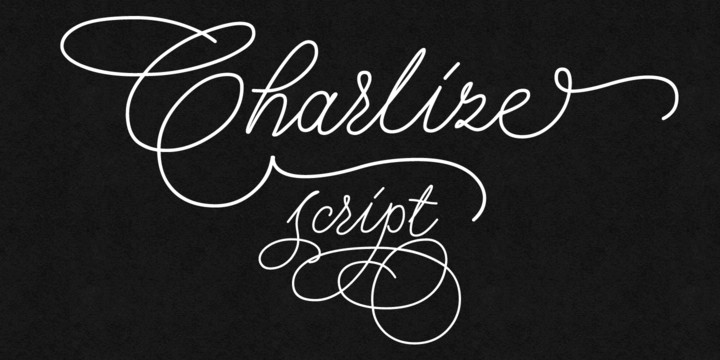 What is the Charlize font?

Charlize is a handwritten, fully connected script with ligatures to help with flow and readability. It can be used for invitations, greeting cards, posters, advertising, weddings, books, menus etc.
Charlize pro is the most complete style, it contains over 740 glyphs. Every lowercase letter has six variations (uppercase letter has two). To get the alternate glyph just add “+“,”*“,”–“,“__”,”++“ or ”==” before the letter in any OpenType savvy application or manually chosen the characters from Glyph Palette. More…
Charlize One and Charlize Two have less glyphs than the Pro one, they contain less alternates and ligatures.
Language support includes Western, Central and Eastern European character sets, as well as Baltic and Turkish languages.

Here is a preview of how Charlize will look. For more previews using your own text as an example, click here.

No. This is a premium font that you can download from MyFonts.com Please don't waste your time looking for a free download of Charlize as you just won't find it.

Do the right thing. If you want Charlize then click here to visit the download and purchase page on MyFonts to get it with the proper license. The designer and publisher deserves to be paid for their hard work. :)