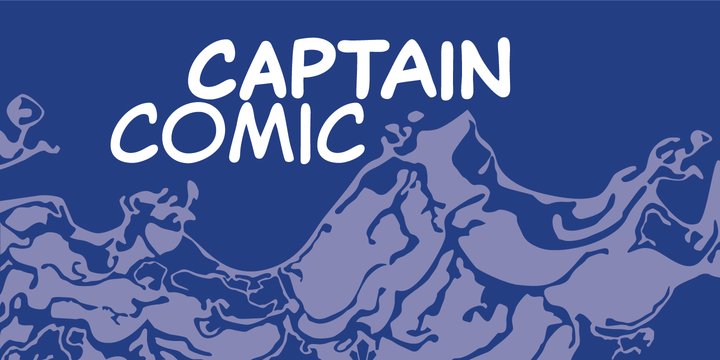 What is the Captain Comic™ font?

Captain Comic is very loosely based on lettering from 1967 to the early 1970s found in the very first Star Trek comic series ever published, the Gold Key one. By very loosely we mean most letter shapes were changed, rounded and tweaked for a more contemporary comic text look. The original lettering was uncredited, as was the entire series artwork for a whole decade, though research shows that four Italian artists were mainly responsible for it: Nevio Zeccara, Alberto Giolitti, Giovanni Ticci and Giorgio Cambiotti.
Captain Comic comes in two weights with corresponding italics, all of which include extended language support covering Central, Eastern and Western European languages, as well as Baltic, Esperanto, Maltese, Turkish, Celtic/Welsh, Greek and Cyrillic. More…
Make it so, number one.

Here is a preview of how Captain Comic™ will look. For more previews using your own text as an example, click here.

No. This is a premium font that you can download from MyFonts.com Please don't waste your time looking for a free download of Captain Comic™ as you just won't find it.

Do the right thing. If you want Captain Comic™ then click here to visit the download and purchase page on MyFonts to get it with the proper license. The designer and publisher deserves to be paid for their hard work. :)