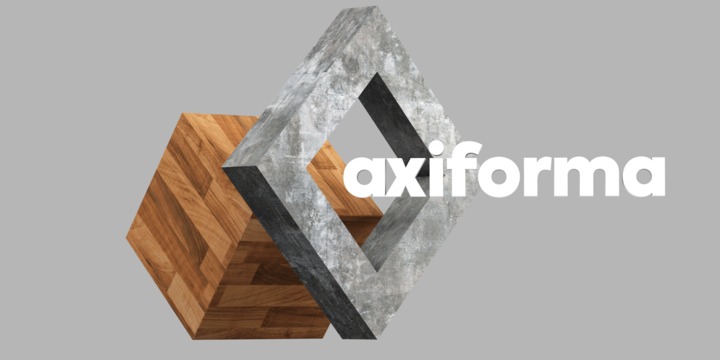 What is the Axiforma font?

The thought process behind the design of the Axiforma font, was a single idea of creating a font that starts with the letter A, because let’s face it, this is the best letter from a font standpoint.

For those of you who didn’t see it coming, Axiforma is a /drum roll/ geometric sans in 20 weights. If you are thinking “Oh boy, another geometric sans”, you clearly know your stuff. Yet, Axiforma is different in at least three crucial ways:

Upon using Axiforma, clients will start to behave differently around you and may even start paying you. Your spouse will start working out again just to gain your attention and your kid will become instantly popular at school. After all you are using Axiforma and rumors do spread quickly. That’s what we are talking about – raw font power.

To sum it up, Axiforma is badass, thus you should have it and use it everywhere.

Here is a preview of how Axiforma will look. For more previews using your own text as an example, click here.

Axiforma font was designed by Galin Kastelov. His background is in corporate identity and branding. One approach that he tries to follow in the work that he does is his strive for subtlety and simplicity. The great Dieter Rams summed this up really well in his phrase “Less, but better”. The catch of course is that this is easier said than done, and it requires you to be more attentive and strategic about what is essential and what is not.

The other concept is that of the ‘golden mean’, first coined by Aristotle to judge and evaluate character in the people around us, but also applicable to producing any work of consistent value. In people, qualities such as courage, liberality, friendliness, wittiness and modesty are incidentally all attributes that a good typeface should posses. Kastelov find this relation both daunting and intriguing, but also a good base for exploring and developing typefaces that are timeless and universally appealing.

Galin Kastelov, the designer of Axiforma says: “Upon using Axiforma, clients will start to behave differently around you and may even start paying you. Your spouse will start working out again just to gain your attention and your kid will become instantly popular at school. After all, you are using Axiforma and rumors do spread quickly. That’s what we are talking about—raw font power.”

Kastelov is also the designer of the following fonts:

No. This is a premium font that you can download from MyFonts.com Please don't waste your time looking for a free download of Axiforma as you just won't find it.

Do the right thing. If you want Axiforma then click here to visit the download and purchase page on MyFonts to get it with the proper license. The designer and publisher deserves to be paid for their hard work. :)